Getting to Know Marseille

Today, I went out to the square and sat near the fountain in the noonday sun. I read a few poems in my manuscript and fiddled around with a typo or two. On the way back, I negotiated buying a baguette at the boulanger, picked up a few items at the corner grocery, and struck a pricey deal on strawberries from a street vendor. 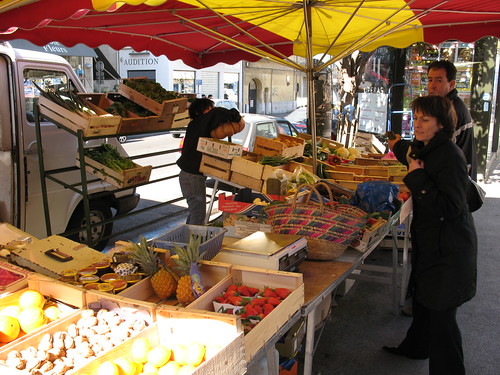 Once back at the apartment, Cati called up to us from the courtyard to see if we wanted to join her for an informal walking tour of the city. We agreed.

Before the tour we were invited down to Cati’s for a communal lunch of a delicious salad with shrimp, spicy radishes, pasta with pesto, a 24 egg omlette cooked in a large skillet, and wine from the Bordeaux region of France which is where Cati’s friends, who we were sharing the table with, were from. There was much conversation in French which floated around me and which I only caught a phrase or two. A lot of discussion was around the people of Marseille and how they did not care to vote in the larger elections. Cati said that they care about their own home and that is that. But that there are larger issues, like global warming, which are causing people to start to take political action. 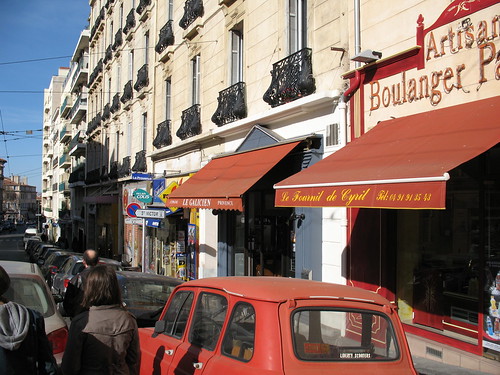 Afterward, we begin the tour, walking past a building with a distinctive architectural design similar to a once-popular art neuvo style from Paris.

We walk a short ways down the street to the plaza where I was earlier that morning. I learned how the fountain marked the end of the city, and that the high walls I saw melding into the facades of the buildings actually served to both constrain Marseille in its size just as the walls protected it. 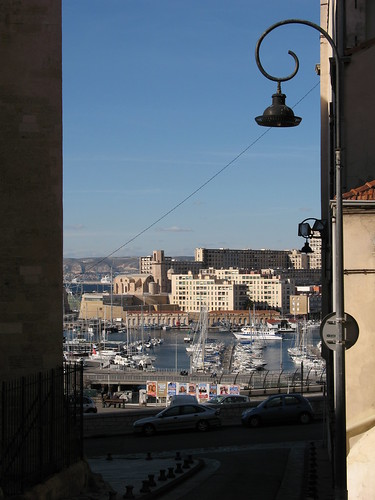 We wind a little further through the narrow streets to the Pre-roman area of the city. 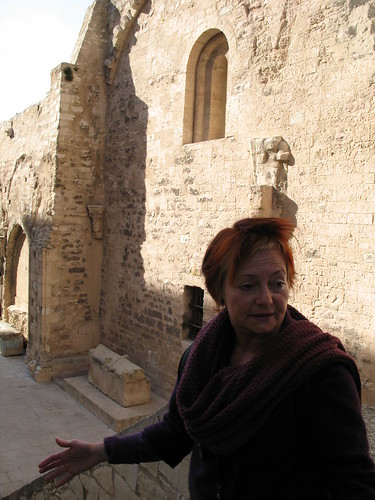 They did not bury people within the walls, and so we could see several ancient sarcophagus lined up near the sidewalk and against an old cathedral. 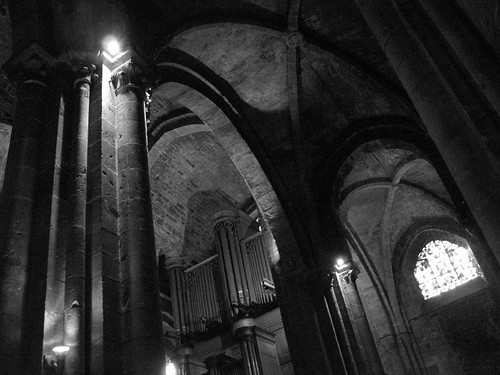 We head into the church which contains impressive, wooden domed ceilings and ancient stone arches. 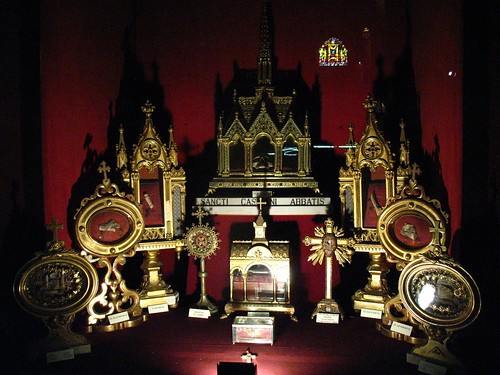 There are a few reliquaries of with the bones of saints. 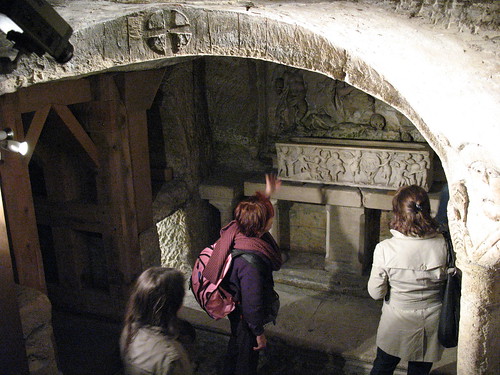 We all pay two euros each and enter into the catacombs below the church. 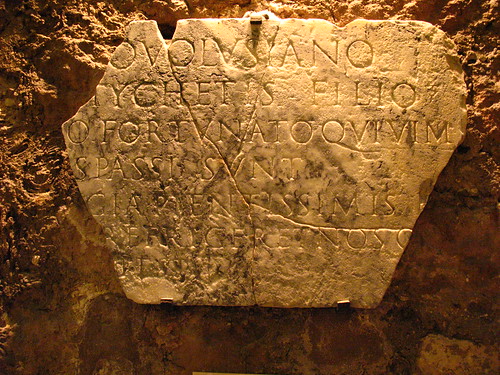 In addition to many burial tombs, we see a black virgin Mary which is paraded through the city on holy days along with some mosaics, and an old inscription lamenting the death of two brothers. 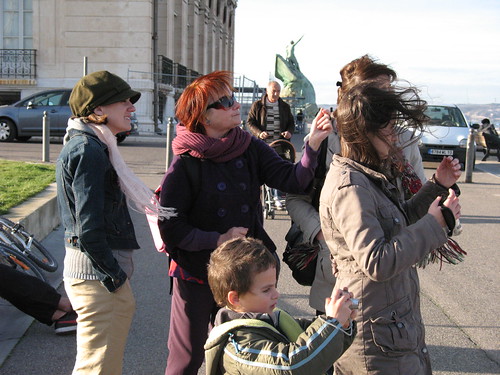 Afterward, we walk out towards the old port. Cati tells us more history about the city and the way Marseille was ruled locally, and how it never was a part of France. We learn too about the new port on the other side of the harbor and more.

We visit a few more stops, following Cati as she leads us through modern store fronts only to be surprised by the textures of ancient architecture worn and stained from years of human use. The way the architecture told its stories it was like looking at the carbon dating of tree rings.

We wind up our tour at a small bistro where we order hot spiced wine or cappuccinos and sweet crepes.