Some Wistful Photos of Marseille

Wednesday, the day’s adventures got off to a great start with my snapping a photo of a group of campaign workers illegally pasting up a blown up image of the politician Gurerini over posters for his competition, Gaudin. 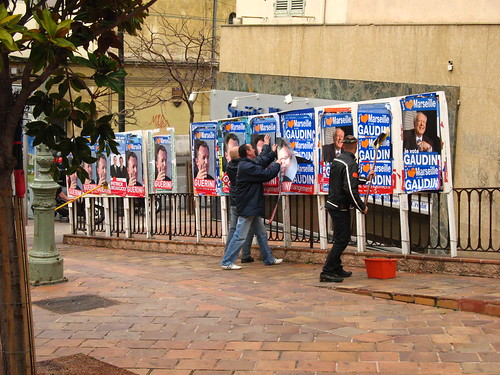 After seeing me with the camera, one of the workers became concerned. He asked me in French if I was either a journalist or a policeman (I couldn’t tell what he was asking exactly), but I knew enough to reply “tourist!” and he smiled and went back to his work.

After asking at the news stand, then asking at the tabac shop, I was directed to a kiosk where I could purchase a 3 day metro pass. Armed with unlimited travel, I got on the first bus and took it, in whatever direction it was going, as far as I thought was comfortable. 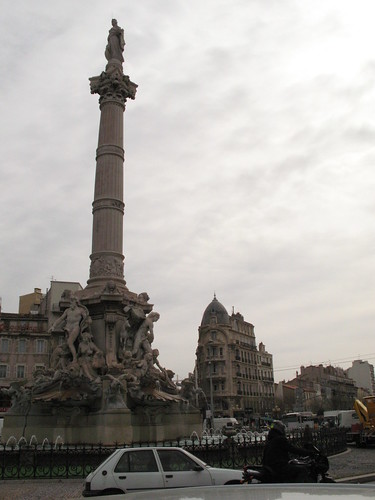 At the top of a high hill, I got off at the Castellane stop where a tall monument and fountain mark the center of a busy turnabout. 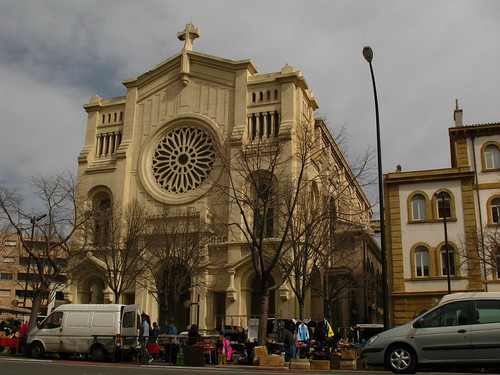 Walking along the wide, Avenue du Prado, I noticed that, in the shadow of the Basilique du Sacre Coeur, there was a street bazaar where people have hauled out merchandise of all sorts out of the back of their vans and have laid them out in bins or on tables to be purchased by any of the many passers by along the crowded sidewalk. 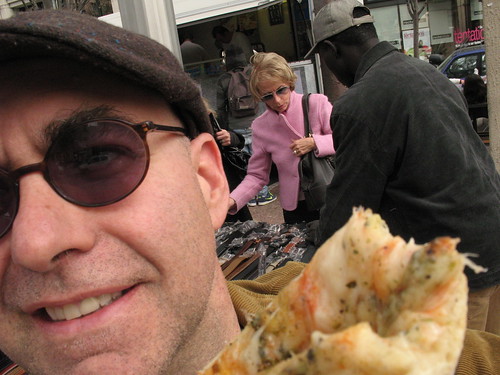 Someone walking past you with a great smelling slice of pizza in their hand has to be some of the best marketing in the world. Additionally, I’ve wanted to stop an have a slice of pizza from one of the street vendors all week, but hadn’t really had a chance So, for me to grab a slice of pizza along today’s route was something of a minor victory. 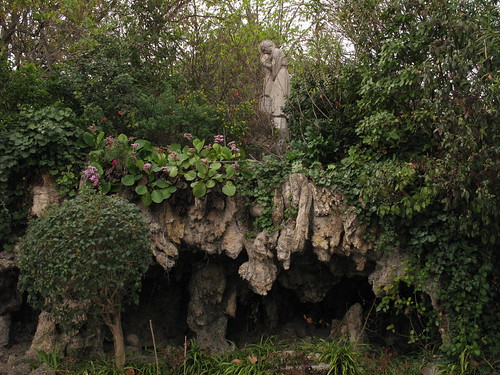 Happy, the edge smoothed off my hunger, I crossed the street to find, at the entrance to a private catholic school, an interesting little cave with a cool monument rising up out of the overgrowth.

I was getting wistful today. Thinking about all the little details from these past two weeks in Marseille that I’ll miss. So… 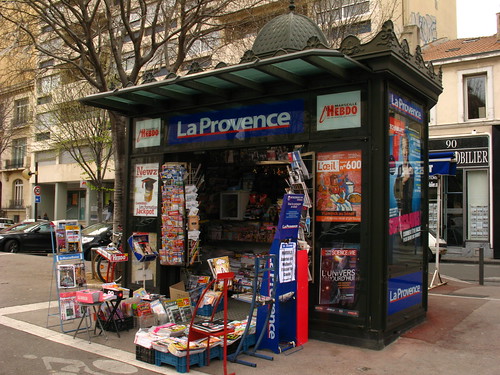 I took a photo of one of the kiosks. 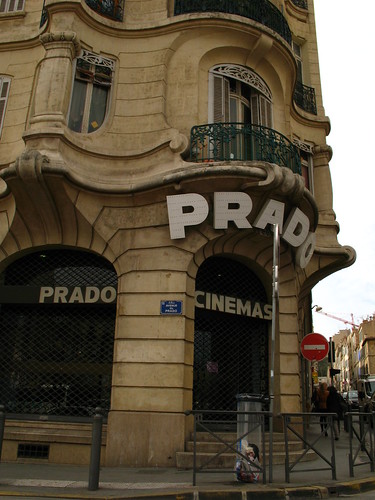 I took more photos of some of the wild architecture. 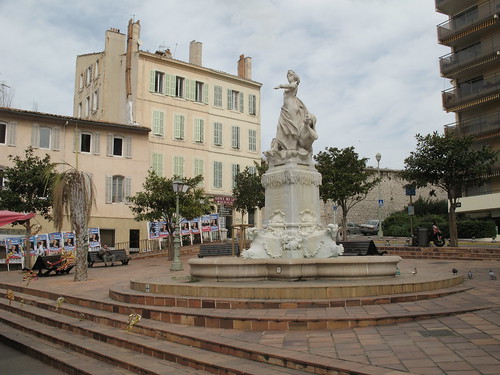 I took a photo of the fountain in the square where I walk Alfredo several times a day. 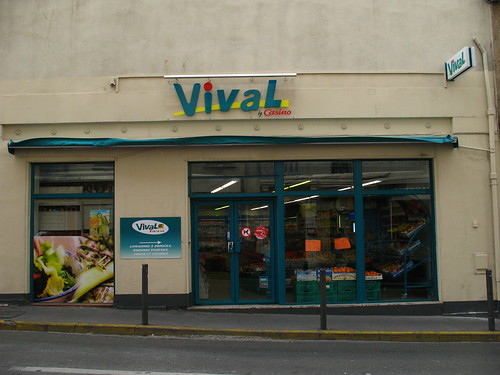 I took a photo of the Vival grocery store which has helped us to keep our fridge and cupboards stocked with this foreign line of generic grocery items called Casino brand. And the woman at the register who was patient with me as I fumbled through each transaction only knowing how to say thank you and good afternoon. 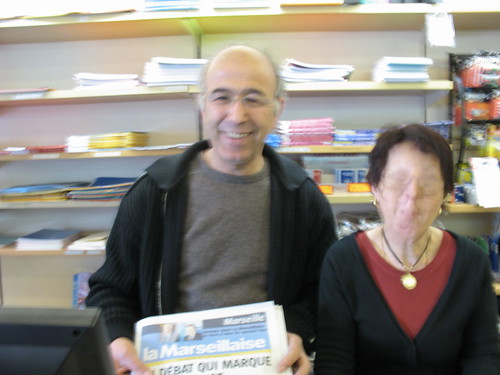 I also took a photo of Louis and Sarah who sold me Rene’s paper each day I was in Marseille. I would go there, sometime with Alfredo during his walk, and get a copy of La Marsellaise. Louis taught me a variation on bon jour which got a lot of mileage during my trip. 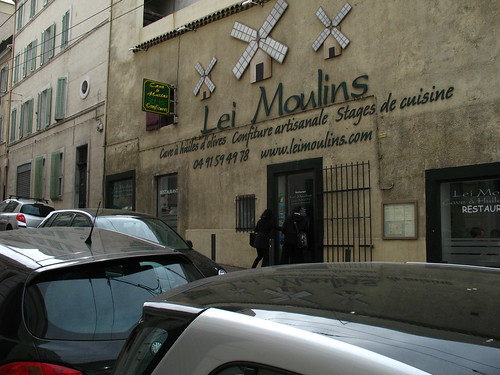 And photo of Lei Moulins, the restaurant in the middle of the block with the three windmills which I’ve used as a marker to find the door to Rene’s apartment.